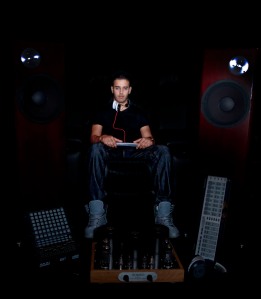 Adam McCluskey aka Big Blocks is a Toronto native dj/producer. He grew up with his hands and feet on the body of a guitar but left that part of his life for the big leagues which Toronto was and is so famous for, the electronic music scene. He began producing in 2008 and has since won a remix competition at Toronto’s own well known blog, SalaciousSound for Barletta’s original, Panther; and has released his first ep entitled, ‘BWA’ on Jexonex which features a remix by none other than the man himself, Barletta. Much of Big Blocks’ most recent music can be sampled on various blogs such as THEKNWLDG.COM, thedockingstation.com, as well as NZ-based blog, nerdy-frames.org. As he churns out beats week after week, his name and sound only has room to grow, and so it will. Big Blocks is ready to release his first single, entitled, ‘Motion’ featuring remixes by some of Toronto’s own heavy hitters on Intellegenix this fall, as well as his second single, entitled, ‘Deep’ on Jexonex shortly after. Keep an eye out for Big Blocks as he also slaps the scene with some hard dubstep in the near future. 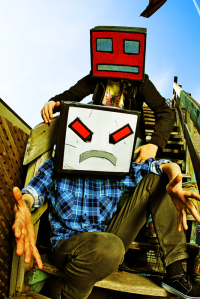 Ash Ainsworth and Chris Sanakidis first joined forces in the rock band ‘Animal Clinic’ in the mid 2000’s. During this time their interest in electronic music began to manifest. As Chris dabbled in mixing tracks, Ash began to produce score material for television and video games. As the members of Animal Clinic parted ways, the Tapedeckbros were formed.
Now, having paid their dues in smokey basement house parties, the Tapedeckbros have been dubbed “the club scene’s hardest working” by blogTO and have moved bodies on dance floors across Toronto and much of Southern Ontario. They’ve wowed crowds at Sound Academy, Mod Club and Wrongbar alongside the likes of Diplo, Designer Drugs, DJ Klever, Shout Out Out Out Out, Foamo, and Grum.
Tapedeckbros ‘Forgot About Dre’ remix topped the HypeM charts, while their latest singles, Dance of the Dead & Science Fiction, reached #3. Stay tuned in 2010 for more infectious Tapedeckbros singles and a club date near you! 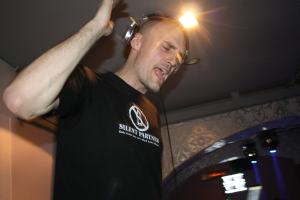 Antoine Gautier aka Le Twan, from Switzerland, worked 10 years as a drummer in the Los Angeles music industry. He recorded and/or performed with rock bands such as Scared Of Girls, DDBlack (ex Kingdom Come), XYZ and Ballerina Black. He started producing and DJing electronic music late 2003 and played at private parties around the Los Angeles area. He was also invited to perform at californian desert events organized by Owen Hablutzel, a member of the established Moontribe community. The parties featured DJs such as Freaky Chakra and Randy Ditmar.

In september 2008, Twan moved to Romania and reunited with his longtime friend Keo. Since, he’s had multiple opportunities to perform with the romanian pop star and has been mixing at various venues in Bucharest. Recently, he’s had the chance to work with romanian dj/producer Louie Grants who did a remix of Twan’s track “One Pass”. 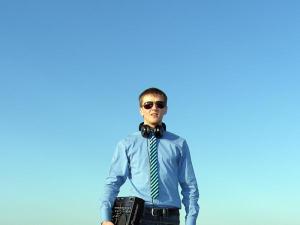 Vandey – dj, musician, was born in Ternopil, Ukraine. From early age he was falling in love with music. There were times, when everything was rewriting from a cassette on a cassette, and shelves were filled with new records. A young music lover was interested in electronic music the most. He tormented neighbours with the strong sound of stereo tape recorder, with cassettes 2ultimate, Culture Beat, Sash. Tastes changed and a volume of cassette shelves too. With arrival of music Klubbheads Vandey begins to be interested in styles of Hard House, Pumping House. He became   interested in writing this simple, but used for setting fire music. With appearance of computers he forms own collections of favorite style. Somehow the disk of Mixman Studio got into his hands, which in that time was known as a dj toy, which developed fantasy. Permanent games developed in young user a desire of taking up writing of tracks. He studied musical soft, music theory. Musical first-fruits came with the first steps.

The career of dj Vandey began in 2007, working as the resident of club-bar “Harley” where he met closer the art of dj-ing. In the same year he obtained the equipment and began to study the technique of mixing. Since March till July, 2008 he has been working as the resident of new party-bar “XL” in his native town, where he met closer the club culture of the city. The period of residency left many positive memories and inspired him. Vandey produses wonderful music and mood for many people. He visits practically all clubs of home town, and becomes the guest of many clubs of western Ukraine. Periodically he plays the corporate evening-parties. Since October, 2008 till January, 2009 he has been a resident of lounge bar “Maxim”. Since September till December, 2009 he has been a resident of night-club “Black Berry”. From the beginning of 2010 Vandey is working as the main sound-engineer of the audio recording studio “Bogdan Records”.

“I like to be vanished in public, it is very important the dancefloor to feel enjoyed and comfortable, that is why it will always be important to be partaken with the people with love and good mood, on what I have own recipe: smile, emotions. Clearly with it musical material is given”.

The special attention in mixing Vandey pays to the selection of that material, which most nowadays befits to public, but also keeping his own taste. It is high-quality sound material, which is distinguished by melodiousness and rhythm which calls out the emotions. 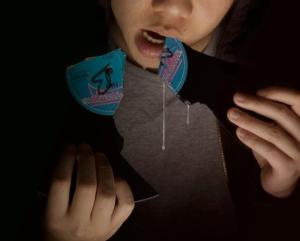 What is the sound of an artist on the brink of explosion? 22-year old Gingy may be light on years, but he has been flirting with the fringes of dance music esteem since 2007, feeding DJs in the know a constant slew of bootlegs and white labels. Now, after 3 years with a prominent position in the Canadian underground, Gingy is ready to break out. Already a go-to DJ playing alongside acts like Boys Noize, Crookers, A-Trak, DJ Mehdi and MSTRKRFT, the time has come to bring his physical sound to the forefront. 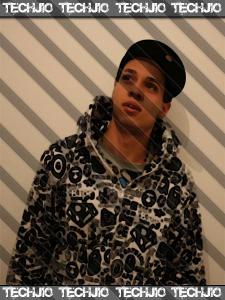 Techjio is yet another very promising DJ/producer from Canada in the
mould of such names as BSBTRDGCLUB, DJ Barletta, Felix Cartal and
many, many more. He started by doing electro music, then he got
influenced by fidget house artist like Lee Mortimer, B. Rich, Foamo
and more.He played a several events in montreal with Ac Slater, Foamo,
Nrotb and others. He recently formed a new group called Dooze jackers. 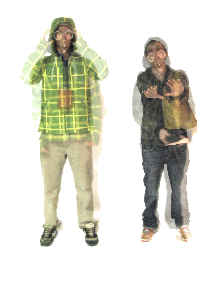 Micro Prophet is a Canadian based electronic music duo comprised of L Dubbs and Beat to Deaf!. Fueled by their love for dancehall infused electronic music these two honed their skills as solo acts before their paths crossed and they began to produce together. Within a few short months they began to produce and release tracks under the mindset of never recycling the same sound. With the goal of always keeping things fresh these two producers are on the verge of exploding into the burgeoning Canadian electronic music scene.

BeatBurrito is the collaboration between the reclusive savant Peter Huang and gentleman extrordinaire Dan Haid. Together this deadly-duo served up a tasty blend of synth driven progressive house and more recently, artsy electo house. In April 2010, BeatBurrito won the Heineken X Hot Chip Remix contest, and were granted the opportunity to open for Hot Chip with the Fran Discos at Wrongbar in Toronto – “We got dozens of quality submissions, but this one had the combination of flawless mixing, big drops, and interesting tune that we were looking for.” -Cal, Salacioussound.com. 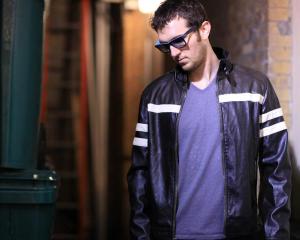 For the past three years, BetaTraxx (Formerly Redlight) has been based in NYC DJing at top dance clubs and festivals and creating both originals and remixes. He has played all over New York City as well as at top clubs in cities throughout the US and internationally, including performances along side Pretty Lights, Sammy Bananas, Savoy, Two Door Cinema Club, BBC1’s Jaguar Skills, as well as LA’s DJ Skeet Skeet and New York’s Jason Smith.

Under the name Redlight, he has had all of his songs featured on blogs based around the world, and has had six songs reach 1 on Hype Machine’s most popular page.  Now under the new name BetaTraxx he has an official EP release on the label Jexonex and official remixes by Kids At The Bar and Lightsover LA.

Dan Haid is a Toronto DJ-Producer of Electro-Pop and House music. Dan Haid is a graduate of Wilfrid Laurier University where he obtained an Bachelor of Music degree. Stemming from his experience playing piano, Dan Haid turned to the synthesizer, where his love of electronic music began. Over the years Dan Haid picked up influence from Synth-Rock legends like Keith Emerson of ELP and Tony Banks of Genesis.

Dan got his first record deal with a micro label out of Toronto INTELLEGENIX under the name BeatBurrito. BeatBurrito is the combination of DanHaid & Pete Huang. BeatBurrito had humble beginnings in Toronto DJing at Andy Poolhall, The Garrison, Augusta House and Suba Nightclub. DanHaid wrote and produced all the songs on their debut album ‘BEATBURRITO EP’. Their debut album is rich with progressive synths and nice house beats. In late 2010, Dan Haid released his first solo EP ‘One On One’ with singers Nancy Silverman & Carleton Eckhardt. 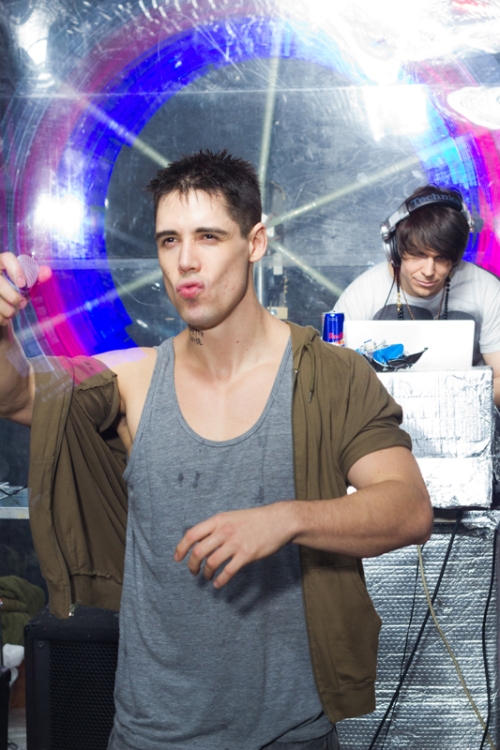 Comin’ full throttle out the back alley and feelin’ like Molotovs
lookin’ to get lit, Smut Pushers crash the stage with all the “fuck
you!” attitude of 70’s punk spat over the sinister tempos of
tomorrow’s best Dutch House, Tropical Bass and Dubstep. In between shows and benders, Guy Michael hits the studio lay down loops inspired by last night’s madness. In between lawsuits and court dates, Smack Jack hits hookers and, occasionally, the mic. Between Guy Michael compelling your feet, and Smack Jack shattering your inhibitions, Smut Pushers serve up the most reckless, irresponsiblefun you’ve had since your last time getting gang raped.